How To Tips & Tricks Tutorials

We all want voluminous, curly lashes—but one woman is taking that look to the next level. Instagrammer Sofie Petersen gave just raised the bar for crazy eyelashes. The beauty ‘grammer, who has over 28,000 followers on Instagram, has shared a number of photos of herself donning thick, Brillo Pad–looking lashes and has consequently made us all incredibly uncomfortable.

“When the eyelash curler is broken,” she captioned one particular close-up look at her lashes, with the wacky extension on both her top and bottom lash.

Her posts have received thousands of likes and dozens of comments, but her foray into outrageous eye makeup goes beyond funky lash extensions. She’s also experimented with her look by gluing sticks, mirrors, and even needles to her eyelids.

We’re all for fashion, it’s safe to say that this practice isn’t great for eye health. While more obvious risks include getting some of that material (or a needle) in the eye itself, gluing any object (even false lashes) to your eyelids can take a toll on your natural eyelashes.

Believe it or not, curly eyelashes aren’t the weirdest thing that Sofie has done. As a makeup artist, she specializes in over-the-top and unique eye looks. Sometimes it’s lining your bottom lashes with bright pink mascara, and sometimes it’s attaching rocks to her eyelids to create a beach scene.

Ultimately, Petersen’s looks may be fun for a show, but they should not be tried at home.

If none of these crazy eyelash looks were for you, would you consider the next nose hair trend?

Yes, actually, that is what’s next. Diving deep into the world of weird makeup trends from the past year you’ll find the equally-disturbing nose hair extensions. The trend was started by Instagrammer @gret_chen_chen way back in 2017 after she attached fake eyelashes to her nostrils.

The trend was a slow burn and in 2019 other makeup artists started picking up the trend and taking it way too seriously. All we have to say is good luck blowing your nose with those on. For better or worse, you can call 2017 the year of Instagram brows. From super high arches inspired by McDonald’s to bloody Halloween squiggles, the trending looks have been high-brow, low-brow, and everything in between. Many of them have seemed so preposterous, it’s almost as if they were intended as a prank from from get-go. But a sporty new Instagram brow style has emerged, and the photos of Nike swoosh eyebrows ain’t playing.Recently heading up social media by store, pro makeup artist and beauty product extraordinaire Huda Kattan,  who boasts almost 22 million Instagram followers, regrammed a shot of brows shaped in the famous shoe line’s symbol from mua YouTuber @slayagebyjess. The bizarre look features a straight angled brow tail, aiming towards the edge of the face, with the iconic Nike ‘tick’ shape in the middleSlayagebyjess commented:

I really REALLY want to encourage you guys to start your makeup page if it’s been something you’ve been wanting to do, even if you just wanna do it for fun. I know it can be intimidating but honestly I’m so glad I made the decision to start my own. You don’t “have to have” anything to start. You don’t have to have a lot of makeup or camera or even that much skill. In the second slide I show you my first looks I posted and even though I wasn’t bad for everyday wear, I wasn’t anything special at makeup. The 3rd shows you my first phone I used for this page and the phone I currently use. I don’t even have an iPhone and I make it work. And the last shows the only 2 palettes I had and the lashes I started with. I basically didn’t have shit. I’ve had a few people ask me how to start so I thought I’d make this lil thing for you guys. Let me know if you have any other questions, hopefully this helps! 💕

The exaggerated swoosh was created by a staple you may already have in your makeup kit: Maybelline Eye Studio Lasting Drama Gel Liner in Blackest Black ($10). And I’m dumbfounded because the overall effect is kind of… pretty?Maybe it’s the pairing of the unconventional brows with sultry Ardell Double Up Demi Wispies Black Lashes ($5.50), but IMHO, this is one of the cutest and most wearable varieties of the kitshy, drawn-on Instagram brows. On the other hand, Twitter users stand divided on whether or not Nike swoosh brows deserve a victory dance or a long, lonely bus ride home. I mean, it’s not the most offensive brow look we’ve seen lately, right?Perhaps in anticipation of a following divided, Jess captioned the shot with a challenge:“People: leave the brows aloneMe: nah ima just do it ✔Leave a caption below ⬇my favorite wins a shout-out.”Naturally, commenters couldn’t keep their strong reactions in check. Over on Twitter, the photo went viral and elicited cries from naysayers. “Nike brows? Nose hair extensions?? What in the actual f*** ?!!?,” wrote user @Nic0leDaNieLLe. In case you missed nose hair extensions, that was another unorthodox beauty trend that caused a massive stir on the interwebs earlier this week.

Nike brows? Nose hair extensions?? What in the actual fuck ?!!?

Many users brought up the fact that brows shaped like the Nike swoop have historically been viewed in a negative light. Most people don’t want ’em, and some others even use the phrase to insult those whose brows they deem inferior.“Some girls are out here doing braided brows and I’m here still struggling to make mine look like they haven’t been sponsored by Nike,” wrote @elyse_carbajal. Tweeter @BBSMoey captures the sick burn perfectly: “But why does her brows look like they were sponsored by Nike??”

Some girls are out here doing braided brows and I’m here still struggling to make mine look like they haven’t been sponsored by Nike.

But why does her brows look like they were sponsored by Nike??

However, not all commentary on Nike check brows is negative. User @50imm believes the look is such a win that she wrote, “NIKE SWOOSH BROWS FOR THE GO,” in all caps. Others are celebrating the look for its inherent humor.

NIKE SWOOSH BROWS FOR THE GO

oh but the nike swoosh brows are funny

Remember, Nike swoosh brows didn’t just appear out of nowhere. These days, Instagram is rife with artistic interpretations of eyebrows, and it has left many a casual viewer unsettled: “I honestly don’t know what’s going on. What are we doing?” asked @Thexzaminer.If you too are also feeling unmoored by Instagram brows, rest assured, you are not alone in your consternation. We’re in this strange, over-the-top territory together.

I honestly don’t know what’s going on. What are we doing? pic.twitter.com/JGJIvZOgFa

But if what’s leaving you miffed is a crisis of footwear loyalty, I’ve got comforting news for you: If you prefer Stan Smiths over Air Max, there is also an Adidas brow. Composed of three parallel lines, it features only one of actual brow hair and two completely fabricated extensions.As a fashion editor, I don’t want to pick favorites myself, so I’ll let these two duke it out on the court.

Addidas and Nike are head to head in the eye brows game pic.twitter.com/VLw7qsuWBk

Since so many of our beloved brands are being translated into eyebrow art, perhaps we can start requesting specific Instagram brows looks from beauty bloggers.  I can only imagine what a Christian Louboutin brow would entail. Lol.

NIKE brows are the latest bonkers beauty trend sweeping Instagram.  The bizarre look features a straight angled brow tail, aiming towards the edge of the face, with the iconic Nike “tick” shape in the middle.This look seems to be a parody of the bold and heavily arched brows that have become popular with beauty bloggers across the image sharing website – with the heavily drawn on tick drawn in an unmissable black.Some make-up artists have even started jazzing up the sports inspired brow using glitter and fake lashes for a seriously eye-catching look.Others have made their version of the brows even more extreme by extending the flick of the tick much higher up their foreheads. Would you try out the trend?? If not like the rest of us, maybe consider it as part of your spooktacular Halloween beauty looks!!

Continuing down the trail of nightmare-inducing beauty trends, why not try on some acrylic teeth nails? Manicure spot Nail Sunny shared these teeth nails on their Instagram page and they had us running for the hills. The nails are tediously sculpted out of acrylic and the final product can be chomped together.

Just like Sophie’s different eye looks, Nail Sunny has some other strange posts on the page. It looks like they’ve done everything from gummy worm nails to acrylics with fake babies on them.

Of all the bad makeup trends that come and go, eyebrows have seemed to take the brunt of it. In the last few years we’ve seen McDonald’s brows, Halo brows, fishtail brows, and even glittered brows. The latest strange eyebrow trend is feathered eyebrows, which really aren’t as bad as we expected them to be.

Are they weird? Yes. Would we do it to our own brows? Absolutely not. But thick, textured brows have been a big hit with models like Cara Delevingne so we’re willing to make an exception

Modern cosmetics industries are now leaning towards the concept of simplicity and organic beauty. Many marketing…

END_OF_DOCUMENT_TOKEN_TO_BE_REPLACED 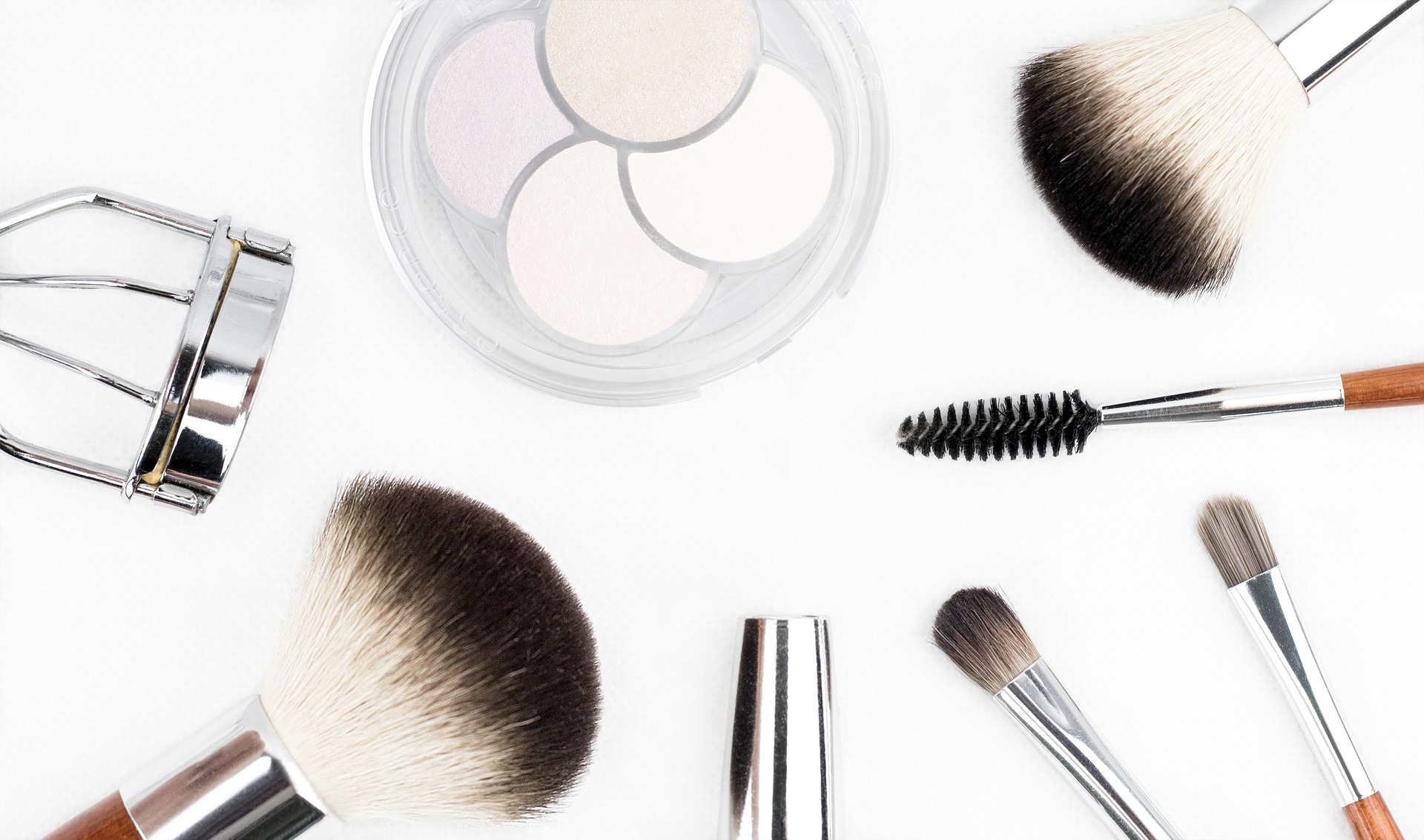 5 Must Have Eye Makeup Products

Nature has provided every woman with unique beauty traits. In every culture there are different trends…