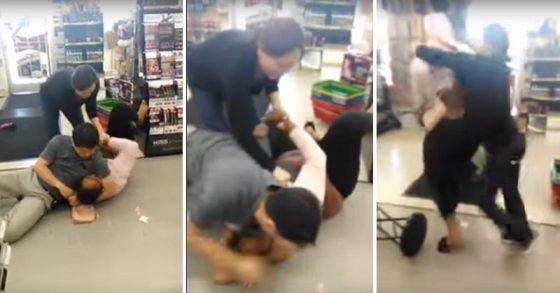 A video showing the Asian owner of a beauty supply store attacking and choking a Black female customer has prompted the local black community in Charlotte, North Carolina to gather in front of the store and protest the incident.

According to Missha Beauty store owner Sung Ho Lim, he was trying to confront the customer whom he thought stole something when things got out of hand. No one has been arrested following the incident.

In the video footage taken by a customer’s mobile phone, the woman can be heard denying the owner’s allegation. As the two begin to engage in a scuffle, Lim screamed, “You hit me.” He then went on to kick the woman, pin her to the ground and place her in a choke hold.

According to WBTV, the owner has filed a police report alleging that the woman engaged in “strong armed robbery” of fake eyelashes from his store. Lim said he is willing to surrender the store’s surveillance video to the police.

“The female attempted to leave the store, but [Lim] blocked the exit and asked the female to show him what was in her bag since the alarm had gone off. The female refused and a struggle ensued. The female then left the store and fled in a silver dodge sedan,” the authorities reportedly said.

Despite the alleged crime of stealing fake eyelashes, the protesters expressed that Lim had crossed the line when he subdued the woman violently.

“When he was choking her, he was almost choking her to death. She was gasping for breath, and he was continually choking her,” Teresa Mosely, a Missha Beauty customer was quoted as saying. She, like the others in protest, have expressed that they will be boycotting the establishment. 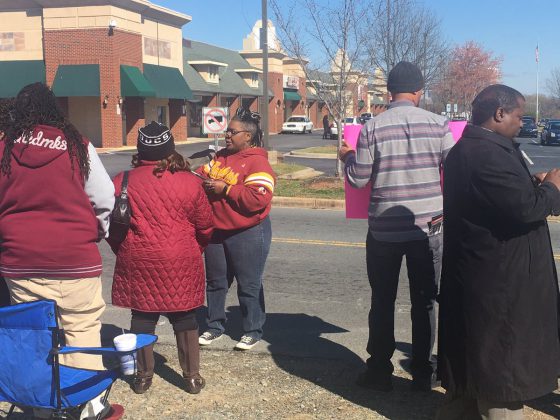 Another protester named Corine Mack said that Lim should apologize to Charlotte’s Black community because “we are the ones who go to his store on a regular basis, and allow his family to live a good quality of life.”

Addressing the protesters, the store owner offered his apology, stating that he will apologize to the woman he choked on Monday.

“I don’t know, it just happened. I went crazy,” Lim said. “No matter what the reason, I feel very sorry to her and to them.”

Point of this Article? (source)

Violence is never the answer! No matter what the situation is, things must be handled professionally and not be sucked in by the heat of the moments escalating to this degree. Making it a race issue definitely make things worse and only propagate further hatred and division. This world we live in is enough of a crazy place. We do not need any more violence. Fuel the love but not the hate!

False Eyelash Buy of the Day

Want to up the ante for your next festive soiree? Forget reaching for the mascara -…